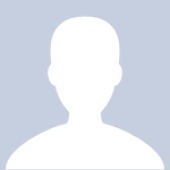 @1453574me
Pinned Post
Jef @1453574me
2mo
Bryan @bryanbennion1976
4mo
She had woke up in the middle of the night. Her pussy ached and her sheets beneath her pussy were soaked with her juices. There was a scent in the air. Something that she hadn’t smelled before, but each time she inhaled her nipples grew harder and her little pussy throbbed with another gush of juice.

She got up without a thought to dressing and followed the scent through the house until she wound up in the kitchen. That was where she found her Daddy sitting at the kitchen table, naked, stroking his cock.

She gasped, pinching her clit as it throbbed harder.

“I… I smell you, too… Daddy,” she murmured, as her legs seemed to move on their own accord toward her naked Daddy.

He groaned and she gasped as his cock grew in length and thickness before her very eyes.

“It’s time, little girl,” he held his hand out to her while still working his cock with the other, “It’s time for Daddy to breed you.”

When she placed her hand in his he quickly pulled her onto his lap, working his fingers onto her wet pussy. She whimpered and moaned, spreading her legs wider as her Daddy pushed his fingers into her hole, stretching her open.

He turned her head and kissed her, thrusting his tongue into her mouth, taking her breath away as he push three fingers into her small pussy.

“Can’t wait,” he said against her mouth, kissing her deeply as he stirred her flowing pussy juices, causing them to run down to her ass. “Need to breed you now.”

“Daddy!” She cried out, as he suddenly pulled her down making her tight hole swallow the head of his cock. He wiggled her around and around on it, stirring up the creamy juices of her pussy as he tried to open her up.

“Dadddddy!” She screamed as his thick shaft impaled her, ramming into her womb and forcing her wet walls to contract around his cock. She let out another cry as he worked her up and down on his entire length, slowly, making her take every inch, forcing the mouth of her womb to rub on the head of his cock again and again. Her juices squished out of her hole to run down his shaft making him slide in faster and faster. The faster her Daddy fucked his cock into her pussy, the thicker and longer this cock grew.

“Little girl, Daddy wants that pussy even tighter,” he growled, closing her legs and making her pussy even smaller around his cock.

“Oh god… little girl… Daddy feels it… feels my knot… starting to grow,” he grunted as he gripped her hips tighter and pumped his cock into her pussy harder and harder, ramming into her tightening hole, getting inside her even deeper.

She cried out as her first orgasm ripped through her. Her hips worked her pussy back and forth, hunching her on the cock that was buried deep inside her. An ache like she’d never felt before grew inside her as his cock expanded, swelling thicker inside her fuck hole and rubbing an area just behind her clit.

She let out a scream as her hole kept being stretched and as she was panting for breath, that’s when she felt movement within her abdomen. A pulling sensation that got tighter as her pussy lifted and lessen as she slid downward.

A growl came from behind her and the cock that was still expanding within her throbbed so hard that it threw her into another orgasm.

“Fuccccck!” Her Daddy howled like an animal as his cock throbbed harder and harder inside her, his knot continuing to stretch and rub the walls in her juice soaked pussy.

Between the intense rubbing of the knot on the walls of her stretched little hole and the sucking sensations in her abdomen as it filled with seed from the mouth of her womb sucking on the cockhead and upper shaft as it moved in and out, she only had seconds between the end of one orgasm to the start of another.

“Squeeze Daddy… squeeze my… knot,” he moaned into her neck as his big hand slid over her abdomen and downward to press right on top of where his knot moved inside her.

She whimpered as her pussy went into another round of contractions on the thick, throbbing knot inside her hole. Every clench of her pussy made him groan and try to thrust his cock deeper, force the head of his cock farther into her sucking womb.

“Breed you… want to… breed you… soooo deep.”

Her hole was so wet, she was so juicy that the knot was moving more and more inside her. His big hands went to her hips and dug in, grinding her down on the base of his cock and working her insides around and around on his knot making her cry out.

“Fuck yeah, squeeze some more of my seed into that belly,” he grunted, holding her still as her pussy went into spasms on his cock.

Then he pulled her upwards until the knot stopped at the opening of her pussy and the mouth of her womb was clinging onto the head of his cock.

“Now, to fuck my knot in this pussy good,” he worked her up and down on his cock hard, his knot rubbing on the walls of her pussy faster, faster. Her screams tore through the room as her womb slid over the upper shaft and head slurping up the ropes of thick seed that his balls were shooting into her belly.

So much so that her belly was starting to swell with all of her Daddy’s baby cream.

Finally, he shoved in one last time, getting the head of his cock buried deep into her womb, wiggling it inside, making the mouth suckle his cock head and get every drop of his seed into her.

“Come on that knot one more time, little girl, come on it and suck all of Daddy’s seed out,” he grunted, jerking his hips and hunching on her pussy. She didn’t think she had any energy left in her but his knot rubbed the right places and pulled another deep gutted orgasm from her, making every inch of her pussy squeeze on her Daddy’s knot and shaft and her womb suckle the last of the seed from the head of his cock.

Not one drop escaped when his cock finally popped free.

Upgrade your profile to VIP